What do the refs want

Refs and the DOM 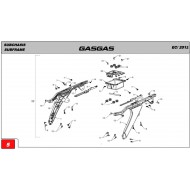 Why Do The Refs Want Liberty to Win?

Mar 02,  · What do we do with the referees? Beyond simply letting the fans draft players and call plays, we have taken a lot of steps to reimagine the game of football as a modern sport. This includes a host of new rules from the Progresisve 5th Down to the Power Play to the Wendy’s Flip The Field. So we know that we’ve thrown a whole lot of new crazy. Mar 19,  · The NCAA does have a hour rule: Refs can't work another tournament the night before an NCAA game. The downer is that while it may be an honor to handle an NCAA game, refs don't get as much money.

In the typical React what do the refs want, props are the only way that parent components interact with their children. To modify a child, you re-render it with new props. However, there are a few cases where you need to imperatively modify a child outside of the typical dataflow. The child to be modified could be an instance of a React component, or it how to recover car seats be a DOM element.

For both of these cases, How to update your minecraft server provides an escape hatch. For example, instead of exposing open and close methods on a Dialog component, pass an isOpen prop to it.

If this is the case, take a moment and think more critically about where state should be owned in the component hierarchy. See the Lifting State Up guide for examples of this. The examples below have been updated to use the React. If you are using an earlier release of React, we recommend using callback refs instead. Refs are created using React. Refs are commonly assigned to an instance property when a component is constructed so they can be referenced throughout the component.

When a ref is passed to an element in rendera reference to the node becomes accessible at the current attribute of the ref. React will assign the current property with the DOM element when the component mounts, and assign it back to null when it unmounts. If we wanted to wrap the CustomTextInput above to simulate it being clicked immediately after mounting, we could use a ref to get access to the custom input and call its focusTextInput method manually:.

Note that this only works if CustomTextInput is declared as a class:. If you how to make tuna pasta salad with mayo to allow people to take a ref to your function component, you can use forwardRef possibly in conjunction with useImperativeHandleor you can convert the component to a class.

What is the movie snitch about can, however, use the ref attribute inside a function component as long as you refer to a DOM element or a class component:. This is generally not recommended because it breaks component encapsulation, but it can occasionally be useful for triggering focus or measuring the size or position of a child DOM node.

While you could add a ref to the child componentthis is not an ideal solution, as you would only what do the refs want a component instance rather than a DOM node. If you use React When possible, we advise against exposing DOM nodes, but it can be a useful escape hatch.

Note that this approach requires you to add some code to the child component. If you have absolutely no control over the child component implementation, your last option is to use findDOMNodebut it is discouraged and deprecated in StrictMode.

Instead of passing a ref attribute created by createRefyou pass a function. The example below implements a common pattern: using the ref callback to store a reference to a DOM node in an instance property.

React will call the ref callback with the DOM element when the component mounts, and call it with null when it unmounts. Refs are guaranteed to be up-to-date before componentDidMount or componentDidUpdate fires. You can pass callback refs between components like you can with object refs what do the refs want were created with React. As a result, this. If you worked with React before, you might be familiar with an older API where the ref attribute is a string, like "textInput"and the DOM node is accessed as this.

We advise against it because string refs have some issuesare considered legacy, and are likely to be removed in one of the future releases.

If the ref callback is defined as an inline function, it will get called twice during updates, first with null and then again with the DOM element. This is because a new instance of the function is created with each render, so React needs to clear the old ref and set up the new one. Refs provide a way to access DOM nodes or React elements created in the render method. When to Use Refs There are a few good use cases for refs: Managing focus, text selection, or media playback.

Triggering imperative animations. Integrating with third-party DOM libraries. Avoid using refs for anything that can be done declaratively. Note The examples below have been updated to use the React. Creating Refs Refs are what do the refs want using React. Is this page useful? Edit this page. Main Concepts. Advanced Guides. API Reference. Concurrent Mode Experimental.

Captain. Joined: Mar, Posts: Posted: Mar. 19, - PM ET #5. They want Liberty to win so you will lose your bet. It's a conspiracy dude. The pen is mightier than the pigs. Aug 23,  · Apparently I was "working the refs" by questioning the overarching aim of project — which is to place slavery and its legacy "at the very center" of the American story — pointing to analytical. Feb 21,  · ReFS detects data corruption AND Integrity Stream is enabled AND there is no way to fix it. Meaning if Integrity Stream is not enabled, the file will be accessible whether data is corrupted or not. If ReFS is running on a mirrored volume using Storage Spaces, the corrupted copy will be automatically fixed.

When media critic Eric Alterman first invoked the term "working the refs" back in , the concept described something very real. Journalists would investigate and write a story that supposedly made the right look bad, or the left look good, and conservative media outlets and personalities would pounce, barraging the newspaper, magazine, or television network with abuse, hurling accusation of liberal bias, lack of objectivity, and flagrant unfairness.

In response, reporters, editors, and, most importantly, corporate owners — the so-called referees — would make sure to back off in their future coverage. That's how the right "worked the refs" — by targeting those in positions of power in media organizations, using their own journalistic standards as a cudgel to repress any harsh coverage of the right, and threatening them with a torrent of bad publicity for their alleged hypocrisy and bad faith if they failed to exercise caution and restraint.

Apparently I was "working the refs" by questioning the overarching aim of project — which is to place slavery and its legacy "at the very center" of the American story — pointing to analytical weaknesses in specific essays, and criticizing the Times for surrendering to the sensibility of left-wing political activists. This would supposedly make it harder for the Times and other news outlets to do this kind of hard-hitting work in the future, because powerful people would hesitate to allow journalists at the paper to open themselves up to the kinds of criticisms I raised in my column.

I find that unpersuasive — and not just because I'm hardly that influential. It's unpersuasive because, whatever its accuracy during the early years of the Bush administration, the concept of "working the refs," at least as it was originally deployed, no longer accurately describes the media landscape. Reporters, editors, and corporate overlords don't worry about abuse hurled their way by Fox News, Rush Limbaugh, and other rabble-rousers on the right.

They cower in fear before online mobs of leftists. They are the ones "working the refs" today. We've all seen it happen in the past few years: A media company makes a hire or publishes a "hot take" that antagonizes the left, thousands of angry wasps emerge from the kicked nest, the venomous swarm surrounds the newspaper, magazine, website, or cable news network and its employees on Twitter, and the organization either yields or undergoes an internal convulsion of soul-searching and recrimination for having made a terrible mistake.

The firings are part of the public record, and sometimes so are the internal struggle sessions, thanks to leaked transcripts in which members of senior management abjectly apologize and squirm in the face of outraged accusations on the part of more junior staffers. The bosses invariably promise to "do better next time" by taking the feelings of the online activists, claiming to speak for voiceless victims of injustice in the public at large, far more seriously in the future. This shift is quite remarkable.

The right-wing ref-workers of the past accomplished their goals by appealing often, though not always, in bad faith to journalistic ideals of objectivity and fairness. This led to the production of news that was frequently bland, marked by a vacuously bipartisan neutrality, and filled with unearned false equivalences between Democrats and Republicans. By contrast, today's online outrage mobs and those staffers who either agree with them or merely tremble before them have succeeded in turning this tendency on its head.

Left-wing activists on social media abide by very different and much more stridently political standards than traditional journalists. They are firmly convinced they know precisely what the truth is and exactly what justice requires, and they demand that media companies and the content they disseminate conform to it with unwavering consistency and rigor. It matters little whether this represents the abandonment of objectivity and fairness as ideals or the collapse of the distinction between political activism and those ideals.

Either way, the outcome is the same: The digital mob works the refs, and the refs capitulate. The inversion of long-standing principles and convictions in the face of politicized moral denunciation resembles nothing so much as the way university administrators and many members of college faculties responded to the student protest movement's shift toward violent confrontation during the late s. Through the immediate postwar decades, professors and senior staff at universities were proud, confident pillars of the country's centrist-liberal establishment.

But confronted by impassioned protests that culminated in students brandishing weapons and occupying buildings at Columbia, Cornell, and elsewhere, they either surrendered or sought to atone for their sins by becoming latter-day converts to countercultural causes.

Today, aside from antifa street protests, which seem to be rare everywhere but Portland, Oregon, the violence practiced by the left is purely verbal. Yet the online strong-arming is remarkably effective. Yes, journalists tend to skew left, especially on social issues. Yes, young people today, very much including young staffers at media companies, tend to lean quite a bit further left than their elders.

And yes, having Donald Trump in the White House is an incredibly powerful catalyst for repelling all but the staunchest conservatives from the right. Still, are the people in charge of decision-making at leading newsgathering organizations, from NPR to The Washington Post , really uniformly left-wing on immigration, as one would conclude by following their coverage of the issue?

At the Times , were the powers that be really convinced that placing slavery "at the very center … of who we are as a country" was a good idea? Do the refs really think all of this and more is compatible with and even follows from their journalistic missions? Or have they merely been "worked" into passivity and submission by online bullies? It's hard to say which option would be worse. Though it's even more difficult to imagine what other explanation could be possible.

Who is really working the refs?

4 thoughts on “What do the refs want”